Iridescent fabrics change expression depending on the angle of view or angle of illumination. Since ancient times, crafts that have luster, such as Yohen Tenmoku and Raden, have been highly valued in Japan. By merging traditional techniques cultivated over generations with modern technology, Kawashima Selkon Textiles has endeavored to express this Japanese sense of beauty with the woven fabrics.

The multilayer structure (double weave) is made up of the iridescent film yarn weaved into the fabric surface and the base fabric structure, which combine to express the patterns and luster. Since the film yarns with a flat cross section are pulled and used as weft yarns, they create a slight variance in thickness and width compared to yarns with a circular cross section, changing the way the fabric shines and appears.

In Nishijin-ori, a traditional technique known as "Hikihaku" is used, in which Japanese washi paper, pasted with gold or platinum foil and thinly sliced pieces of shells, are cut into thin threads and woven into the weft. To create the iridescent fabrics on display in this exhibition, this technique, passed down at Kawashima Selkon Textiles from generation to generation, was applied in a modern sense by weaving flat film yarns into the fabric.

When weaving large amounts of flat threads by machine, there is a risk of the flat yarns turning over or bending. To prevent this, the weaving design (combination of threads and weave structure), loom structure, and loom speed were verified repeatedly.
It is because of this combination of traditional and modern techniques, mastered by Kawashima Selkon Textiles, that such “iridescent fabrics” can be woven. 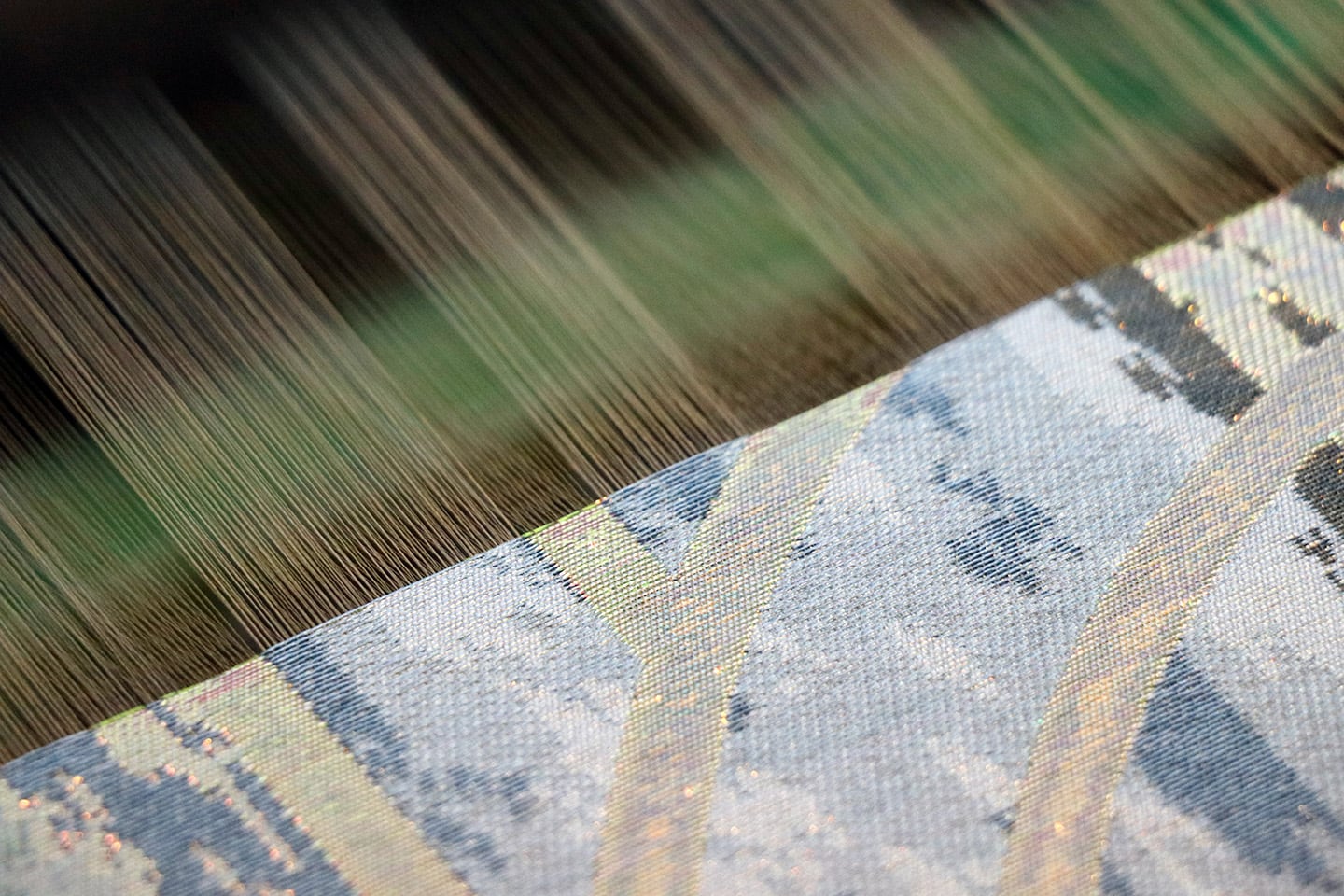 Japanese textiles, especially those made in Kyoto, are woven with a high degree of precision and are detailed in their expressions. The diversity of weft yarns, and the number and variety of colors used also offer a myriad of patterns.

In addition to the dynamic luster created by the multi-layered structure, the beauty of its gradation is also a key aspect of "iridescent fabrics". To express gradation in woven fabrics, the combination of yarns with subtle color differences must be adjusted gradually, and woven in layers, a feat made possible due to Kyoto's Nishijin origin and specialization in precision weaving.